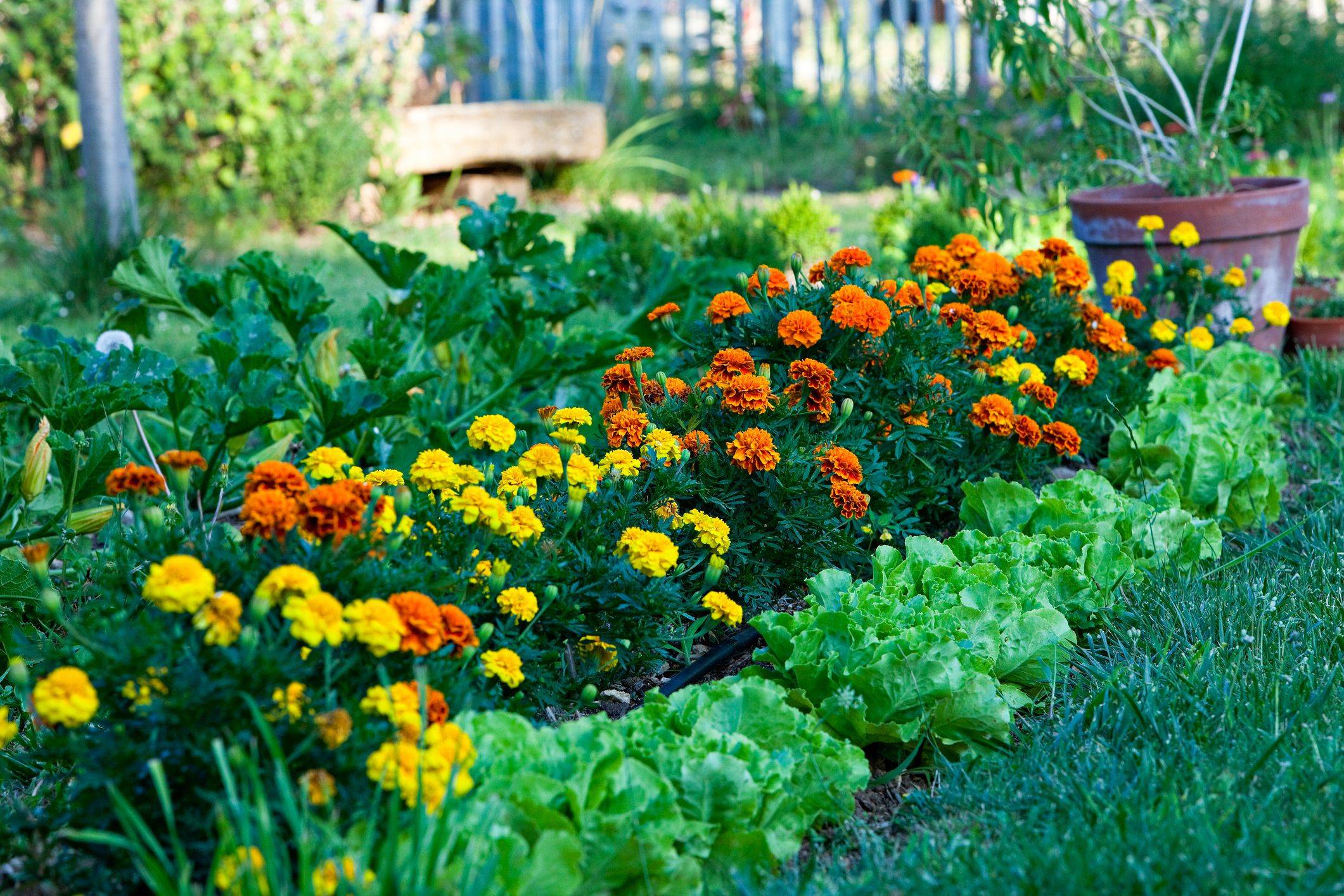 Agriculture began about 10,000 years ago in an area called the Fertile Crescent, in modern-day Iraq, Syria, and Jordan. At the time, there were only about five million people worldwide. Humanity had a substantial knowledge of hunter-gatherer techniques such as boat making, tool making, botany, etc. Still, anticipated changes were taking place: the Ice Age was ending, so the ice was disappearing, and regions like mountain ranges became traversable, while ocean levels were rising and inland seas were drying up. Mass human migration was the result. Evidence of agriculture in the Eastern United States dates to about 3000 BCE. First, several plants were cultivated, later replaced by the Three Sisters’ cultivation of maize, squash, and beans.

We are conditioned for uniformity: expanses of lawn in our urban environment and never-ending fields of single crops in our rural settings. Unfortunately, this is at the cost of species diversity and pollinator health. However, we have an antidote to this questionable conformity that has a long history we may have forgotten in our current sprint to the dream.

The simple solution is using companions when planting. Companion planting in gardening and agriculture is planting different crops in proximity for various reasons, including pest control, pollination, providing habitat for beneficial insects, maximizing the use of space, and increasing crop productivity. Companion planting is a form of polyculture.

For many reasons, farmers and gardeners use companion planting in industrialized and developing countries. Many modern principles of companion planting were present centuries ago in forest gardens in Asia and thousands of years ago in Mesoamerica. The Three Sisters farming method in the Southwest is not widely used today. Michael Kotutwa Johnson, a traditional Hopi farmer and doctoral candidate at the University of Arizona in the School of Natural Resources and Environment, attributes this to a loss of Traditional knowledge. For example, in the past, Hopi farmers would have had the agricultural insight to grow corn through a severe drought. But that skill belongs to fewer and fewer Hopis. In addition, Johnson had initially never heard of Southwest tribes using this method because it takes a lot of water concentrated in one place to keep three closely planted crops hydrated.

Farming in a desert is challenging, and Native farmers continue experimenting with new methods of adapting traditional crops to the dry terrain. Clayton Brascope is the Program Director of the Traditional Native Farmers Association, President of the Native American Food Sovereignty Alliance, and a farmer who grows on the Tesuque Pueblo reservation in northern New Mexico.

As a long-time farmer and father to four curious daughters, he’s seen the benefit of growing in the Three Sisters method. He experimented with growing several Three Sisters gardens until he found a good combination of plants that work well together. In the hot desert, the tough squash plants help keep any precious moisture from evaporating and minimize the growth of weeds. By planting beans and squash later than the corn, Brascope can better manage how the plants come to fruition. “It’s like a family unit,” Brascope says. “Everybody has their place, duty, and responsibility to other members of that family unit.”

Companion planting was practiced in various forms by the indigenous peoples of the Americas before settling Europeans arrived. These peoples domesticated squash 8,000 to 10,000 years ago, then maize, then common beans, forming the Three Sisters agricultural technique. The cornstalk served as a trellis for the beans to climb, the beans fixed nitrogen, benefitting the maize, and the broad leaves of the squash plant provide ample shade for the soil keeping it moist and fertile.

In China, mosquito ferns (Azolla spp.) have been used as companion plants for rice crops for at least a thousand years. They host a cyanobacterium (Anabaena azollae) that fixes nitrogen from the atmosphere, and they block light from plants that compete with the rice.

In France, the vegetable garden will often feature the ingredients of ratatouille: eggplant, peppers, onion, garlic, squash, and tomatoes. The French gardeners believe the proximity imparts flavors from each neighbor.

More recently, starting in the 1920s, organic farming and horticulture have frequently used companion planting since many other means of fertilizing, weed reduction, and pest control are forbidden.

The list of companion plants used in such systems is extensive and includes vegetables, fruit trees, kitchen herbs, garden flowers, and fodder crops. The number of positive interactions (the pair of species assist each other) and negative (the plants are best not grown together) is also significant, though the evidence for such interactions ranges from controlled experiments to hearsay. For example, plants in the cabbage family (Brassicaceae) grow well with celery, onion family plants (Allium), and aromatic herbs but are best not grown with strawberry or tomato. Permaculture will call this a Forest Garden. Companion planting can operate through various mechanisms, which may sometimes be combined. These include pest control, pollination, providing habitat for beneficial insects, and maximizing the use of space; these may help increase crop productivity. So consider all the benefits of turning your landscape into a companion-aware food scape. These lessons are part of the 10,000-year-old legacy of agricultural best practices.

Next time, maybe we’ll consider seasonal cover cropping. But until then, here is a short video to recap what we’ve discussed.  See you soon?