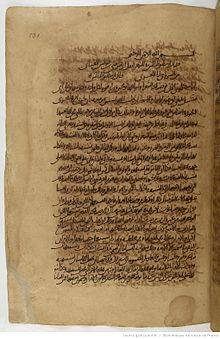 6:55 am, Monday through Friday

mother and daughter descend the hillside

then glide along the asphalt path

bond between them never tentative

forged in love, tempered by trust,

they separate for only a few hours each day

Across the street as bundled joggers,

along with tempo traffic of engines and exhaust

until the yellow school bus arrives

chambers up the narrow stairs

into the warmth of the bus,

stillness of each moment

arising as a kiss

Homage to a Certain Chopon as Vajrayogini          Tom Pathe

Such fire flies
between her

all my smiles
in
the right place
on

There was still time to vote

and begin recovery from surgery

as Autumn light continued to dim

all of us assuming

that we’ll always be around,

no guarantee in that

even a favorite cup

is not beyond the play of vicissitudes.

as well as saving for retirement still makes sense,

moment to moment, day to day

Will the kiss of immediacy fly?

will the kiss of immediacy fly?

Untethered from being either hesitant or sly,

discovering each moment arises as its’ own feast,

circle of loving family and friends,

will the kiss of immediacy fly?

Much to celebrate and rely,

Only not wavering from nowess will satisfy,

will the kiss of immediacy fly

When We Gather      Frank Ryan

everyone, from close and from far

he walks slowly into the room

but greets everyone with gentle smile

and murmur of children

He will not live forever,

surrounded by friends, at ease beneath

conversations threading past and present,

the avenues and streets of Worcester

gather to honor this moment

both ordinary and rare

Yes, Villanelle is a psychopathic assassin who works for a crime syndicate called The Twelve,

However…. it is also related to the finest poem composed within the twentieth century, Do not go gentle into that good night by Dylan Thomas. Structurally this poem is a villanelle —

A nineteen-line poetic form consisting of five tercets followed by a quatrain.  There are two refrains and two repeating rhymes, with the first and third line of the first tercet repeated alternately at the end of each subsequent stanza until the last stanza, which includes both repeated lines.

Do not go gentle into that good night,
Old age should burn and rave at close of day;
Rage, rage against the dying of the light.

Though wise men at their end know dark is right,
Because their words had forked no lightning they
Do not go gentle into that good night.

Good men, the last wave by, crying how bright
Their frail deeds might have danced in a green bay,
Rage, rage against the dying of the light.

Wild men who caught and sang the sun in flight,
And learn, too late, they grieved it on its way,
Do not go gentle into that good night.

Grave men, near death, who see with blinding sight
Blind eyes could blaze like meteors and be gay,
Rage, rage against the dying of the light.

And you, my father, there on the sad height,
Curse, bless, me now with your fierce tears, I pray.
Do not go gentle into that good night.
Rage, rage against the dying of the light

I shut my eyes and all the world drops dead;
I lift my lids and all is born again.
(I think I made you up inside my head.)

The stars go waltzing out in blue and red,
And arbitrary blackness gallops in:
I shut my eyes and all the world drops dead.

I dreamed that you bewitched me into bed
And sung me moon-struck, kissed me quite insane.
(I think I made you up inside my head.)

God topples from the sky, hell’s fires fade:
Exit seraphim and Satan’s men:
I shut my eyes and all the world drops dead.

I fancied you’d return the way you said,
But I grow old and I forget your name.
(I think I made you up inside my head.)

I should have loved a thunderbird instead;
At least when spring comes they roar back again.
I shut my eyes and all the world drops dead.
(I think I made you up inside my head.)